This is The Banana from Hell (TBFH). 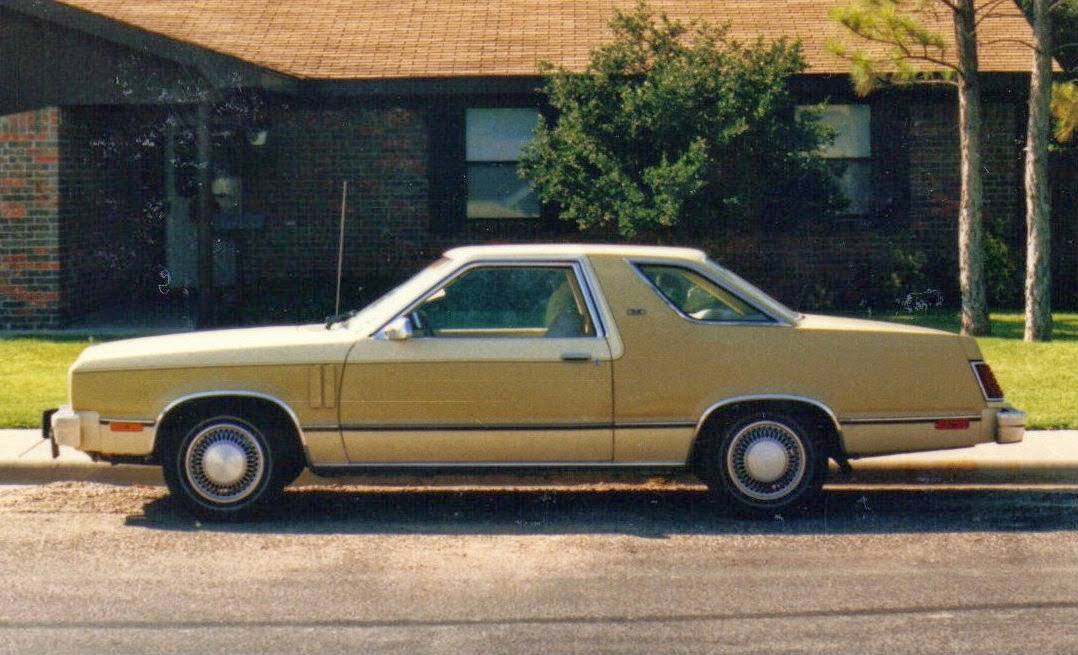 The Banana from Hell was a two-tone yellow 1979 Mercury Zephyr. He was also my very first car.

TBFH got his name almost as soon as my parents gave him to me in September 1988. My friends and I went through a phase where EVERYTHING was "from Hell."  Tough math exam? It was the "test from Hell." Mean girl in 3rd period? She was the "bitch from Hell." Good looking guy? He was the "hunk from Hell." So naturally, a yellow car became The Banana from Hell.

TBFH had three "features" that made him different from any other car.

Only one of those features was intentional.

The intentional what-the-heck-was-the-manufacturer-smoking feature was that the horn was NOT in the center of the steering wheel. It was activated by the blinker switch. Move the switch up, you get the right blinker. Move it down, you get the left blinker. Standard stuff. But push the blinker switch in (like you were trying to impale the steering column) and the horn would honk. Weird, huh? And it doesn't seem like a big deal until you remember that I was 16, so my passengers were also 16. And occasionally they wanted to honk at someone. They would lean all the way across me to do it. And we were stupid kids, so the fact that it was stupid and dangerous didn't mean a thing.

The first of the non-intentional  features of The Banana from Hell was the almost-keyless ignition. Once I had turned the keys in the ignition and started the car, I could take the keys out and it would still be running. This was amazing for cold days. I could go start TBFH up, take out the keys, lock him up and go back inside to finish doing my hair. He'd be nice and warm when I was done, because it took so long to do my hair back then since my hair looked like this:

The other unintentional feature of TBFH was the electrical short in the radio. The folks who had owned it before me had replaced the original radio (which likely came with an 8-track player) with a "brand new" modern stereo that played cassette tapes. The problem was that they didn't do a very good job installing the new system. My friends and I could be driving around, doing the drag (which went from the car wash to the old Ford dealership. We did NOT turn around at Sonic like the kids these days. But I digress....). We'd be doing the drag and jamming out to Bon Jovi or Motley Crue or Bobbie Brown (ugh, I know) and if we hit a bump, the stereo would go off. But it wasn't really off. Our tape would still be rolling, the sound just wasn't coming out of the speakers. So then, we'd have to drive around looking for another bump in the road to jolt the speaker cables back into place. Good times.

Looking back, I have nothing but fond memories of The Banana from Hell, even though I recall that in those days I was pretty sure there was some kind of a mix up that needed to get fixed. Surely someone would finally figure out that I was a princess and that princesses don't drive 9-year-old yellow cars. Princesses have brand new red sports cars...and they have designer clothes....and they have lines of eligible bachelors at their doors....and it's been more than 25 years. Someone really should have fixed this shit by now.