Extreme Service: College Hills Halloween Carnival Edition...aka...Scaring the crap out of little kids in the name of "service"

Last time in Extreme Service, I talked about my days doing Meals on Wheels. This time, I'm going to attempt to explain why there is probably a whole generation of kids in College Station, Texas that wet the bed long into (or past) their elementary school years, thanks to Halloween terror caused by my APO friends and me.

Flashback to 1993: College Hills Elementary contacted APO for help with their annual Halloween carnival and I got the chance to be project chair. In the meeting with a teacher at the school, they asked that we #1) make a bunch of confetti eggs for their fundraiser (kids buy confetti eggs to bust over their friends’ heads and they think it's fun???) and #2) help with the hay ride and #3) create and man their spook house. Fun stuff, right?

Tim and Stacy volunteered to take care of the hay ride, so I never really had to think twice about it because I knew they had it under control. And what kid wouldn't want to ride a hay ride with the Hulk and his cute little bunny pet? 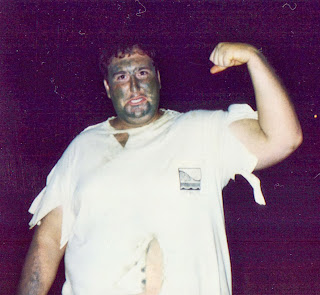 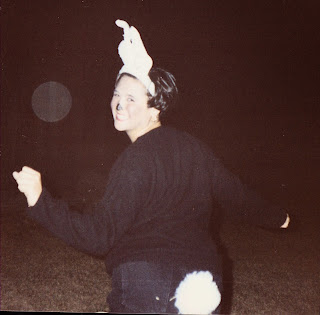 My work started with the confetti eggs. The first calls were to the local copy shops that printed study booklets, bound Masters Theses and whatnot. “Hello, this is Shelley with Alpha Phi Omega. Can you save all of your hole punches for me?” Apparently that wasn’t a common request, because I had to explain over and over how I needed the hole punches to use them as confetti for confetti eggs. Some of them said they didn’t think they could GIVE them to me. My “well then, how much do you sell them for,” would always get the answer “We DON'T sell them. We throw them away.” I love my Aggies, I truly do, but sometimes the reason that Aggie jokes hit a little close to home is because there are Aggies like those copy shop clerks. Eventually they agreed to save the hole punches for me when I suggested “if you can’t GIVE them to me and you won’t SELL them to me, I guess I’ll just dumpster dive for them in the evenings.”

After the confetti was secured, I had to collect some eggs. I called EVERY grocery store in Bryan and College Station asking for egg donations, then drove to each store to pick them up. I even got it approved to offer a service hour to each active or pledge who donated two dozen eggs. When it was all said and done, we had collected 144 dozen eggs. For you who like math, that’s 144x12, or 12x12x12, or 1728, or a real shitload of eggs.

Once the eggs and confetti were collected, we had an egg draining “party” at Jeen-Marie’s and Nikki’s apartment where a handful of us sat in the living room, punched holes in the bottom of the eggs and drained the guts into big trash bags. In hind sight, we should have planned this in conjunction with a massive breakfast for the homeless, because we wasted 1728 perfectly good eggs. To this day I feel guilty about the waste…and the fact that their apartment’s dumpster no doubt smelled pretty disgusting by the next day.

So, the drained eggs dried, we stuffed the confetti in them and taped the bottoms up and I delivered 144 dozen confetti eggs to College Hills Elementary. (And I vehemently vowed to NEVER be involved in confetti eggs EVER AGAIN.) While I was there to drop off the eggs, they gave me the tour of the building that would be used for the spook house, and that’s where the previously-mentioned bed wetting begins.

The spook house would be in a small building with hallways that made a “T” shape. There would be an entryway, and then the “big kids” could go right down the longer part of the building. The “little kids” could go straight through a shorter, less-scary hallway. (See below.) 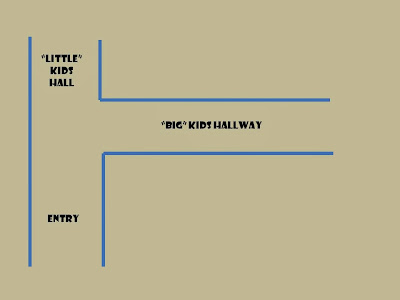 The problem with their explanation of how the spook house should be set up was that by “big kids,” they meant fourth and fifth graders, but didn't spell that out to me. To a bunch of college kids, "big" kids are teenagers, not fourth graders. We MIGHT have definitely made the spook house a little waaaaayyyyyy too scary. 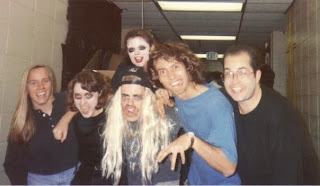 On the day of the carnival, we got to spend the early part of the day putting the spook house together to have it ready for that evening, and it was one of the most fun days I ever had working on a project. We had music blaring, James was on “dry ice patrol” to make sure we had plenty of smoke and fog, there was lots of laughter and gallons of fake blood. (Entirely too much fake blood for an elementary school spook house.) 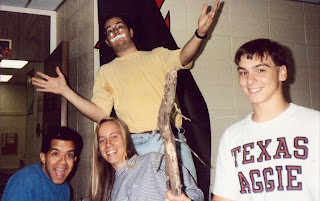 And then the carnival started and we had our first visitors.

We greeted them with a mad scientist. 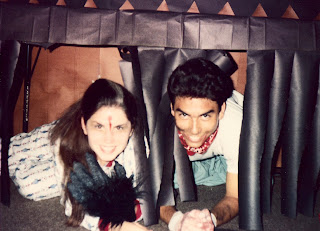 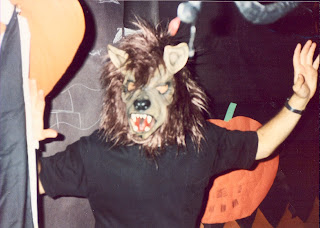 Going through the big kids’ hallway would scare the crap out of you.

Our Quack Shack really was THAT bad. 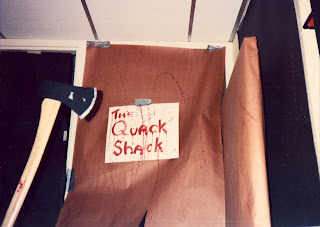 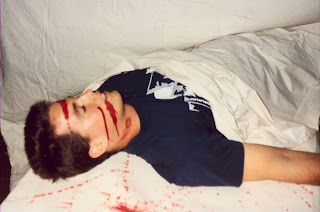 Then there was the part that was like a really bad LSD trip with fluorescent lighting. 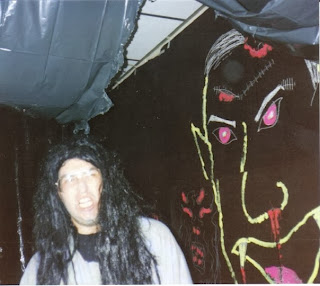 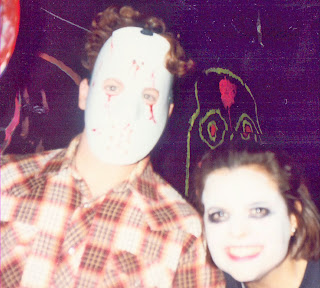 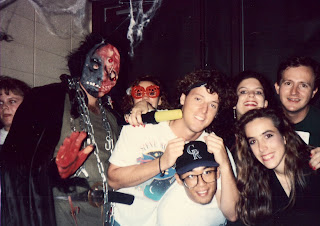 Then there was the Undertaker with his pet. He had dinner all ready to serve. 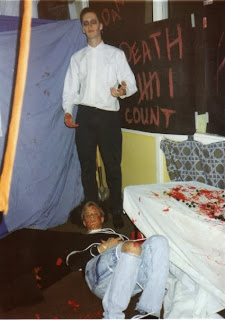 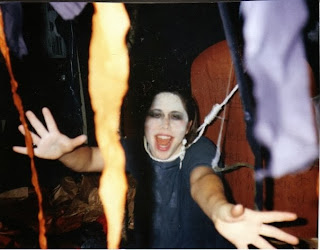 If you’d made it that far with your eyes open, you’d be greeted by “Hanging Amy” who would make a point to sway a little bit and bump into the taller spook house guests as they walked by. 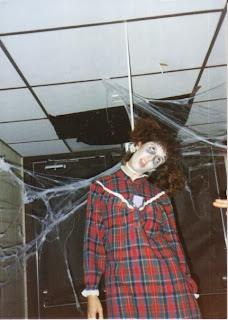 And finally, Dracula would open his eyes and sit up in time to tell you goodbye, or to suck your blood, or something.


Needless to say, we scared those kiddos pretty badly. Many times during the evening, I went through (and the College Hills staff went through) to remind everyone to “tone it down.” During one of my passes, I went through behind a dad and his three little Ninja Turtles. Unfortunately, I was dressed as a clown with big spots on my costume, and they noticed me behind them right when we were in the fluorescent drug trip room. I hadn’t considered how creepy a clown can look in that kind of lighting. I probably resembled something from their nightmares.

(In case you’re wondering, Coulrophobia is the excessive fear of clowns. I’m pretty sure little Donatello Ninja Turtle probably has Coulrophobia to this day.) The kids were terrified and the dad was even a little freaked out, too, but he hid it well. It wasn’t until nearly the end that his poker face failed him. Hanging Amy brushed against his shoulder as she swayed in the breeze and that was the final straw that made him visibly shiver. I remember that shiver vividly all these years later.

So yeah, there were probably many nightmares and a lot of bed wetting for awhile in the College Hills Elementary school population. My friend John tries to make me feel guilty about it all over again every year around Halloween, and I do...for a minute or two. I console myself by remembering those kids all had a metaphorical badge of courage and a great story to tell at school the next day and are all pushing 30 now and hopefully remembering it fondly. The biggest pang of guilt I feel is over the fact that future generations of APO brothers didn’t get to have the same kind fun we had because we never got invited to do the College Hills Spook House again. EVER.
Posted by Shelley J at 7:45 PM